Talent Is Not Obedience

Whoa! Can your hunting dog “whoa” or stop on a dime? Does it always come when called? Will it turn on command or always sit or lie down when instructed? Will it gently deliver a bird to your hand without chewing the least little bit? Good bird dogs have been blessed with natural ability. That God-given talent can fool a hunter into thinking all is well as he gets his four-legged buddy ready for the fall hunting season.

Talent is not obedience. A good dog trainer knows hunting success comes from teamwork, dedication and obedience; obedience and more obedience. A dog using its natural ability to find, point and retrieve birds may seem obedient, but without slow-and-steady training, the most talented of dogs will soon frustrate their owners in the field.

Sunny, my hard-charging German shorthaired pointer, is heading into her first full season of field trials and bird hunting. To some, it may seem odd that I have waited so long. After all, she is more than 16 months old and we’ve worked hard together on her training for more than a year. That slow extensive training has created a hunting dog that will be a joy in the field. Sunny is a dog that listens, responds to commands and uses her natural ability to sparkle as she searches for pheasant, quail or grouse. She hasn’t been allowed to shirk her responsibility to come when called, hold her points when a bird is flushed and the shotgun belches shot and smoke, or wander as she retrieves a bird.

I have watched some very good dogs in the field that suffer from a lack of obedience. They have so much desire that they cover ground with abandon. Their amazing noses have guided them to game birds to be pointed or flushed. That is usually where the lack of training and obedience destroys a good day of hunting.

Without extensive training, the most talented of bird dogs will be off and running when the bird takes wing. If the pheasant heads for the next county, don’t expect to find the dog until the cows come home; or expect to see pheasants flushing a half-mile away as the dog decides to hunt on its own.

On a South Carolina quail hunt at a well-known preserve, we enjoyed a superb morning of bird hunting over one of my dogs. The bob-white quail were not speedy wild birds, which would have been much more satisfying, but scenting conditions were good and the birds provided plenty of work. After lunch, the owner wanted to show us the best bird dog in the county. A big shouldered English pointer came out of the dog box in the back of his truck like a wayward skyrocket, racing around a sprawling field as its owner yelled for him to come. The dog ignored the commands. Frustrated, the owner finally pulled a shotgun from its case and started walking.

We followed him through the field and to our surprise, so did the rebellious dog. The pointer raced past us and headed for the brushy edge of the field. Skidding to a halt, the big dog went on point. As we reached the dog, he dove into the cover and flushed a trio of quail. Three shots claimed two of the birds. The pointer raced to a bird, sniffed it, and then raced to the other downed quail. He picked it up and trotted toward us. The dog’s owner put out his hand, an exercise in futility. The dog wasn’t going to give up its prize without a fight. When the mangled quail finally reached the game bag it was in a sorry state.

Already on the run once more, at only 50 yards away the dog slid to a stop and pointed. This time he didn’t wait. Even pen-raised quail have some smarts, and this covey retreated from the dog and the shotguns. The dog followed as the birds flew across a fence and through a woodlot. It was the last we would see of the best dog in the county.

We finally returned to the lodge and got my dog out of the coop. The best dog in the county had a superb nose and amazing fire in the field, but my dog was eager to hunt for us. We finished the day off with a nice, leisurely afternoon of quail hunting spotlighted by some great points and excellent retrieves.

We breed for both natural ability and a quality that veteran trainers often call being “biddable.” It is a dog’s desire to do the bidding of the trainer. It is the trainer’s job to exploit that biddability through obedience training to create a hunting team. Without obedience training, a hunter will have a Labrador retriever refusing to sit still in the blind, an English Springer spaniel insisting on hunting on its own, or an English setter gulping down quail as if they were popcorn.

Obedience training is especially important in the off-season, and not just because hunting seasons are on the horizon. This is a time of neglect for many hunting dogs, their owners and trainers too busy with fishing, golf and other games. Sunny enjoys the short sessions in the cool mornings and late afternoons, whether in the back yard or out in the fields. It is a pleasant time for both of us because we are creating a special team, and I can build picture in my mind of the trials we’ll compete in and the bird hunts we’ll share in a few short weeks. 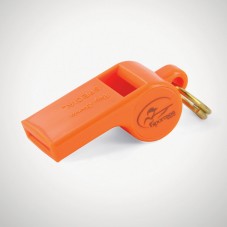 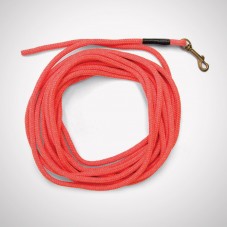 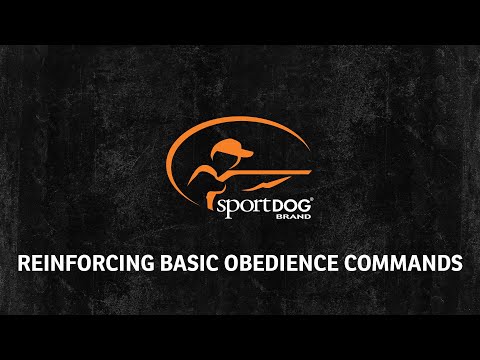 No matter how good our intentions, we hunters and dog trainers as a whole commit one error that sets our training progress back and creates additional problems. We commit this error over and over...