In a world of ever-changing technology, a company’s ability to anticipate and solve the needs of its customers through technological improvements is paramount. At the core of this resides extensive research and development and a commitment to continuing innovation.

Since its creation in 2003, SportDOG® has made a promise to its customers to bring to market: “Gear The Way You’d Design It®”. This focus has been the driving force behind the company, and they’ve never shied away from adopting new technology or improving their current product line.

One of the latest products from SportDOG, that embodies this acceptance of the new-age technology, is the NoBark SBC-R. Engineered to offer the most advanced bark detection possible, the SBC-R continues to raise the bar of expected performance in electronic bark-control collars.

Here are 3 features that set the SBC-R apart from its competition.

At the core of the new SBC-R lies an improved and updated user interface, made possible by a new easy-to-read OLED display. Instead of relying on older technology that didn’t feature a display of any kind and was instead operated by color-coded prompts and sounds to change operating modes and the level of static stimulation, the new OLED offers a more intuitive experience for owners. The OLED display is also extremely beneficial in those circumstances where the collar will be in a rotation of multiple dogs or used by more than own owner.

In order to clearly distinguish the different operating modes, the SBC-R use a series of easily-visible icons to show the operating mode in use. For Temperament Learning mode, the SBC-R features a dog icon. In this mode, the correction starts at the lowest level and increases to the next level each time the dog barks within 30 seconds of the previous bark. By remembering the correction level needed to stop the dog from barking, the collar will start at the last/highest level used once activated. The static stimulation level will be reduced 30 seconds after your dog stops barking.

For User-Selected mode, an outline of a person is shown as each owner manually sets the correction level needed.

Illuminated numbers on the side of the display clearly indicate the level of static stimulation and a battery icon shows the status of the collar’s charge cycle.

The SBC-R collar has also been designed with the dog in mind, with its slim profile design allowing for it to be comfortably worn around the neck without impeding movement or behavior. As an added benefit, the collar also offers interchangeable contact points to accommodate dogs with either long or short coats, as well as an interchangeable collar strap with a host of color options available for purchase.

Each collar has been analyzed and programmed with thousands of data points when a noise is detected, it can cross-reference these cues to confirm if a bark took place. If it wasn’t a bark, then the collar remains inactive. However, if the collar recognizes a discernable bark, static stimulation is given.

This level of technology is so sophisticated, that should a dog exhibit heavy breathing, hit the collar against its kennel, or be in the vicinity of other barking dogs, the collar won’t give a correction.

Through the use of Silent Partner™ technology, owners of the SBC-R can rest assured the collar will only provide the appropriate amount of static stimulation for the behavior that’s trying to be corrected.

Testing products to ensure absolute reliability and performance under any condition isn’t something new to SportDOG. Like all of its products, the SBC-R has undergone vigorous testing procedures to confirm the collar’s durability and effectiveness. These testing protocols include both simulated examinations in controlled environments as well as extensive field trials conducted by SportDOG’s team of professional dog trainers.

The first step in the testing process begins with the engineers. Here, the exact specifications of the collar are planned out and the bark detection software is analyzed to confirm repeatability.

Once it’s passed internal thresholds set by the engineering team, the SBC-R is then sent to the SportDOG pro- and field-staffers to get real-world data on as many dogs, in as many situations, as possible. At this point, the testers understand they’re working with a prototype and their responsibility is to determine what works and what doesn’t. After multiple iterations throughout the field-testing process, the collars are sent back to the lab for final evaluation.

In the final evaluation process, each collar is subjected to a variety of controlled experiments designed to test the overall durability of the collar. Each test is conducted thousands of times to make sure that the SBC-R is built to last. These examinations include drop testing, vibration testing, water submersion testing, and environmental testing. Only after each test has been passed, is the SBC-R made available to customers. 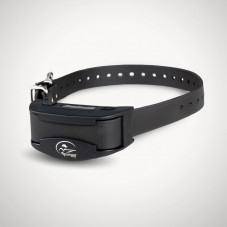 For most dog owners, barking is considered a norm. However, there are a variety of circumstances and situations in which owners seek out ways to correct this...

Reliability, simplicity, and effectiveness are among the reasons to use a bark-control collar, as well as why they’ve become increasingly more common with dog owners in recent years. 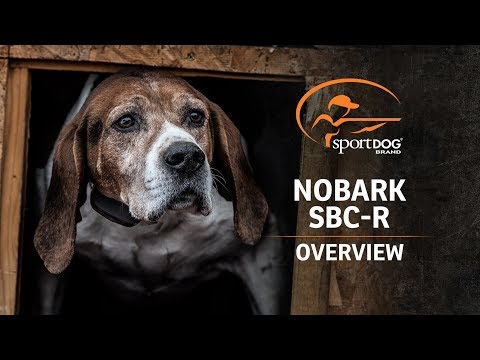 Few things can stress the relationship with your dog like incessant barking, that's where the most advanced bark-control collar from SportDOG Brand comes into play.